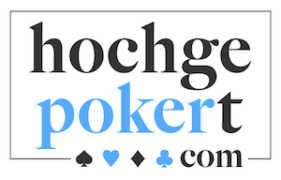 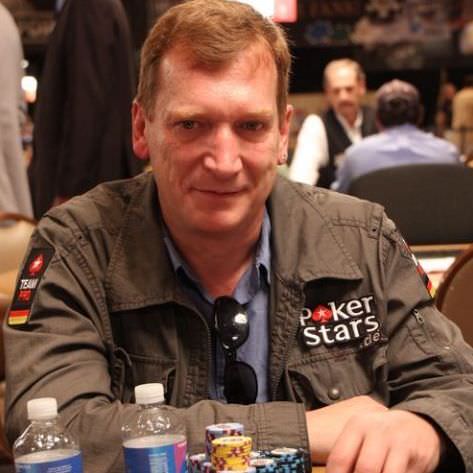 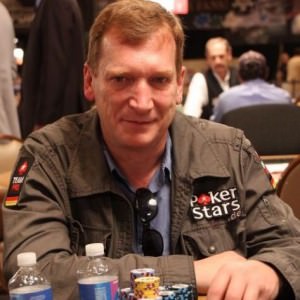 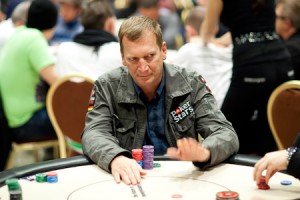 I have a story to share from the European Poker Championship which is played in Baden, not too far from Vienna. I tried my luck in a couple of events this year but unfortunately came up short in both cases — 11th in the seven-card stud event and 18th in the PLO — so no fame or glory for me this time. I spent most of my time, then, playing in the cash games, and I was sitting in a €10/ €20 PLO game when a funny situation came up.

On my left there was a younger player aged around 20 (you can play at age 18 there). The two of us became involved in a hand in which I had [Ax][Tx][6x][6x]with my ace suited in diamonds, and the flop came

I had bottom set and bet the pot, and he repotted it. I had only €1,300 in front of me by then and I pushed it all in and he called. We showed our hands as it turned out he had [Qx][Qx]X-X I’d run into a set of queens.

I had put him on a few hands I could beat — like ace-queen, or K-J-10 for a Broadway wrap, with a heart draw maybe — so I’d thought there might have been a lot of possibilities my set was good, but it was not. But the turn and river brought runner-runner diamonds and I made a backdoor flush and won the pot.

We moved on to the next hand, or at least the rest of us did. As the cards were being dealt, he immediately got out his iPad and started to do something with it. Then a minute or two later he abruptly thrust his iPad in my face so I couldn’t see my cards or the table or anything.

I told him I had the wrong idea about his hand and I just got lucky — that’s just how poker goes sometimes. But that didn’t make him feel any better. He couldn’t stop! He continued to complain about bad beats and how I had played the hand and went on and on.

Now maybe in his eyes I am a fish. I made this push with bottom set, and so that’s fine for him to think that. Looking back, I consider the size of my stack and ultimately I would describe the play as a very small mistake. There were too many hands in his range that I could beat, so I don’t feel too bad about the play. But if he wants to think otherwise about it, that’s fine and he can certainly think that.

But if I am a fish, he should want to keep me at the table and keep me happy, right? Because in that case I’ll probably make a lot more bad plays going forward and he stands to make a lot of money out of me. And he certainly shouldn’t be teaching me percentages or how to avoid making mistakes against him!

Who knows… this fellow might be a great player and technically brilliant. But he has to learn that even if you have a big edge over your opponents, you need to know how to behave, too, in order to keep those players at your table and happy to play with you.

This ability to keep opponents enjoying themselves is one Daniel Negreanu has, and I really respect him for it. He talks to other players and in some cases they really feel good about playing with him even when he’s taking their money.

I try the same approach, although I’m more on the tight side and don’t play so many hands, and so maybe I am not as obvious about it as Daniel can be. In PLO some players play just about any hand and others are more selective, and I’m in the latter group. But I still often try to engage other players and help make a friendly atmosphere in which everyone is enjoying the game, regardless of their skill level.

Long term, such an approach is always going to be better for you. Reprimanding the “fish” is never a good idea, because on the one hand practically speaking it increases the likelihood those less skilled players aren’t going to want to keep playing with you. But it also goes against the social aspect of poker, too, which should be a reason to play as well.